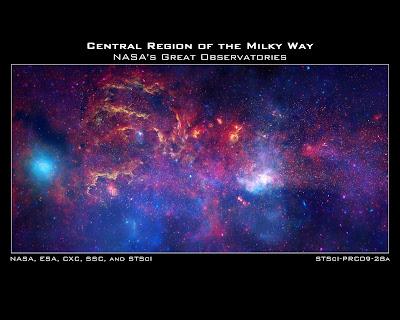 Has NASA always been this busy? They are launching the most shuttle's I have ever noticed before. Other nation's should take notice that we can hit a trajectory several million miles away. NASA bombed the moon with it's rocket and hit almost precisely where it was aiming for. We can safely land objects on Mars, and play games with moons around Saturn and Jupiter. The real question is, are we going to take seriously the issue of being able to colonize other planetary bodies? This is what we really need to accomplish to usher in the "Space Age". If there were going to be a planetary catastrophic event, where would we go? The building blocks are there. There is water on the Moon and Mars! I'm sure there are plenty of people out there willing to go, just like people were ready to go to the "New World". We cannot forget to invest in our future through science, not only war.
Posted by Paul Michael Owens at 11/15/2009 01:32:00 PM