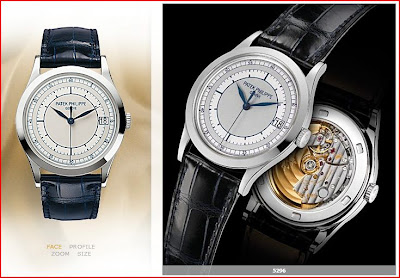 This was an Ad Analysis of the above pictured watch on the back of a May Issue of the Economist. The Ad is not what is pictured above, that is just a picture of the watch.

I believe you can read this issue of the Economist "America's fear of China" at their website: Click here to goto The Economist Online

Advertising is how periodicals make money in addition to their subscription revenues. Ads can come in all shapes and sizes and can range from pictures to text to a combination of both. Effective ads convey a message that urges the reader to purchase a product. Some ads do serve a purpose other than selling a product or service. Some ads are informational only. The particular ad chosen is attempting to sell an expensive watch worth twenty thousand dollars. It is a full page ad that contains a father and son having a gentle moment over a cup of tea. The dad is just finishing stirring the son's drink. The father is smiling looking down with his son looking up. The photo is in black and white and takes up three quarters of the page. There is a picture of the watch in the center of the last bottom quarter of the page with textual promotional language on either side of the watch. The father and son bond felt by the gaze held between the two is lost with men who have not experienced the joy of fatherhood. The gratification that comes only from true love is immensely powerful. This advertisement sells its product through emotional appeal, visual appeal, and persuasive language.

The emotional appeal is prepared through proper posing of the actors and detailed arrangement of the tea cups and decanter. The father is gazing down at his son smiling. The son is looking up at the father with a smile and the look of beginning to ask a question. Father and son moments bring out a warm happy feeling that is felt very strongly and creates a bond between the two. Love is a powerful emotion and the advertisement brings out the relaxed nature of the moment. This emotion is attempted to be associated with the picture of the watch almost exactly below and between them. The peacefulness of the whites that are slightly contrasted with darker colors of the hairs of both of the actors creates a unique visual appeal.

The visual appeal of the picture of the father and son is defined by the obvious collared white shirt with the two top buttons undone contrasting the dark dinner jacket of the father. The carefully placed white teacups and white saucers continue to brighten the picture over a shadowed glass tabletop. The watch takes dominance over the center of the bottom quarter of the page ad. The black leather straps contain sapphire stitches that match the hands and timestamps on the face of the watch. The face of the watch has a large gray center circle that moves out seventy percent of the circumference of the watch face. This large gray center is encircled by another circle that moves from the seventy percent and covers to about eighty-four percent of the watch face. The last sixteen percent is taken up by equally separated white and gray sections with the white section around the edge of the watch face to include a minute marked in fives. PATEK PHILIPPE is written across the large gray center from eleven o'clock to one o'clock. Directly below this is written in a smaller font is GENEVE. At the three o'clock side of the face in between the large gray and the outer white circle a square resides to display the day of the month. The silver case contrasts very well with the black background. The black background contains a well thought out text grouping in white.

The persuasive language in this ad is trying to convince the reader they are buying an heirloom. "You merely look after it for the next generation." And “Begin your own tradition." These are bold declarative statements attempting to bring distinction to the brand name being placed in immediate proximity to the statements. These statements make a person think about what items they have, if any, to pass down to the next generation. The wording is perfectly placed next to the actual watch to bring an association with statements and convince the reader that the watch would be the item to be passed down. The company gives a brief history of itself while still describing in detail some key features and still provide simple contact information in the form of a website. The language chosen is direct and not lengthy. The persuasiveness of the regal nature of passing down valuable items through heirlooms is played to directly in this advertisement.

The advertisement for Patek Philippe watches found on the back page of the May Fifteenth through May Twenty-Fifth Two thousand and Seven edition of The Economist sells the product though emotional appeal, visual appeal, and persuasive language. The dramatic black and white photo of the father and son play well on the emotions to set a comfortable scene for the elegantly looking wristwatch. Sapphire is a brilliant color and offsets well with white and gray. I feel this ad is well thought out, well paid for, and well placed. For those that can afford a watch of this magnitude, I believe it would be a valued purchase. Twenty thousand dollars is a lot of money for a watch. I don't see too much more than that in a whole year currently. I would look forward to a time when spending twenty thousand dollars is just as painless as spending twenty dollars. If that time arrived, I would include this watch in my collection of watches. It would most definitely be engraved and be prepared to be passed down from generation to generation. I would most likely buy any living children who graduated college a watch like this to remind them that they can achieve any dream they want as long as they work hard at it. So, until that day arrives, simply browsing their website, http://www.patek.com, will suffice.
Posted by Paul Michael Owens at 2/25/2010 10:45:00 PM

Email ThisBlogThis!Share to TwitterShare to FacebookShare to Pinterest
Labels: Watches