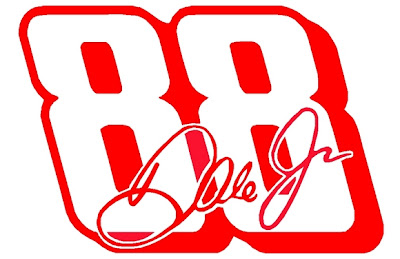 First off, Dale Jr. has made the Chase for 2011! Yes, after a strong start to the season, the performance waned and the Richmond race showed the battle that the #88 team had to perform to maintain the opportunity to run for the Cup. Chicagoland was the first race, and while maintaining a midpack run, the final run turned up the heat, and Junior was solidly in the top 10, and while everyone ran out of gas, Junior was able to make it past the finish line in third! This put him in 5th place in the Chase, and only 13 points back from the lead. Next to Loudon, in which Junior usually performs well. It's heating up, 9 to go, Let's go racing boys!

Email ThisBlogThis!Share to TwitterShare to FacebookShare to Pinterest
Labels: NASCAR