MLS Who? The Globe continues to play while Major League Soccer takes a breather. 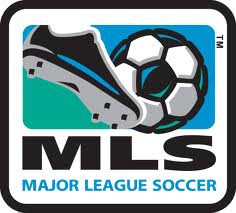 Chance after chance I give MLS Soccer, and time after time it's a complete letdown. You would think that the Championship of a Major League Soccer event in the US would at least bring the best competition and the best players together. But alas, after 120 minutes of excruciating watching of a pitifully officiated soccer game, MLS still fails to prove their role in this global sport of "Football" and are really a "Reserve League" for the retired European League stars, as well as a springboard for the really good players in the US to the European Leagues. The Colorado team was disgusting in sportsmanship, obviously led by the dubious MVP Casey, who deserves nothing more than a punch in the face for his bullying on the field. This was nothing more than a result from the absolutely poor officiating of the game. The piss poor actions of Mastreoni standing in front of free kicks, who obviously does not understand math and what 10 yards is shows the class, more like the lack of, this player. Its a shame that that Colorado won, because obviously Dallas was the better and more respectable team who just couldn't get it into the back of the opposing side's net. It was torture to watch the skills of many of the players with bad traps and bad passes, and the "occasional" good play. For a referee who had a record for handing out the most cards over the prior two years, obviously MLS told him to hold them tight. There were many fouls and tackles that should've been called throughout the game. The "Penalty Debacle" should have never happened because Casey should've been called for throwing the other player down, before the obvious trip. Regardless of the wrestling match that Colorado presented, if this game had appropriately been called, there might've been a different outcome. However poor MLS is now with its few blockbuster and bankbuster stars, at least USA Soccer is still making strides forward with players in the European Leagues like Clint Dempsey and Tim Howard and with Team USA doing well, without the International Stars playing. 2014 is too far away!

Bottom line is, if you want to watch a good Soccer Game, go over to ESPN3 and watch some Premier League games, or some La Liga, or Series A games, even the German League presents some great soccer to watch.

And if you don't know about the Champions League; This is where the cream of the crop goto play. So if you did pay attention to the World Cup, don't stick around watching MLS, these guys can't even play an entire season! The rest of the world is still playing Soccer, while a "Cup" is being hoisted and a season is over in the USA... coincidence that the rest of the World is pretty much better than the US when it comes to global competition in this sport? I think not.
Posted by Paul Michael Owens at 11/22/2010 10:13:00 PM

Email ThisBlogThis!Share to TwitterShare to FacebookShare to Pinterest
Labels: Soccer