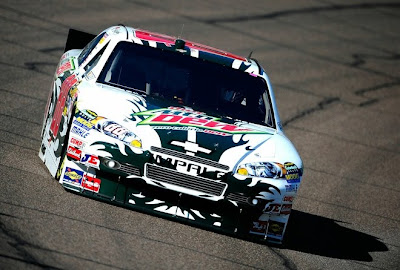 Another season outside the Chase for Junior. Jimmie Johnson puts down another consecutive 5th Championship. NASCAR moving from the wing back to the spoiler. This season was definitely exciting at points, but still mediocre in others. As a Junior fan since 2002, the expectations remain high for the #88 team to perform. The hate train moves on with people saying he'll never win this, no matter what kind of crew chief he has, but really, how do you explain the 6 wins in 2004? Yeah that was 6 years ago, but what that shows is: YES, he can win. You give him a fast car and he can get those checkers. There were several races this year in which I thought early in the race that those days would be coming back, especially at the start of the year with the drive to the front at Daytona. But following that it seems as if the 1.5 miler tracks were a loss for the team. There was a spark in the middle of the season in the Top 12 Junior resided, but poor performance just kept creeping up. Seemingly pushing for a good finish in the points staying at 19th in points just wasn't meant to be with a mishap with Jeff Burton with a good car, and several bad finishes at the end of the season led to a 21st place finish in the points for 2010, but that was an improvement from last year. Is it possible that a 4 car team just isn't possible in NASCAR? Jack Rousch seems to still be having a hard time with it as well, not just Rick Hendrick. Childress has 3 strong running cars, and Gibbs has 3 strong running cars, is 4 just a little too much? Either way, the 2011 season is completely looking up for Junior. Rick Hendrick has made some critical changes to his organization in driver switches. Dale Junior will now goto the 24 teams garage and crew, just changing car number and sponsors. The 24 car has always been stout, this really is the year for Junior looking forward into 2011. It really is time for that 88 car to get back into victory lane. Let's hope for some kool car schemes, because they sure did do it up last year, with the best being the Diet Dew Car at the end of the season at Phoenix. The Amp Orange car was kool, and the dark Mountain Dew and throwback Mountain Dew cars were also kool, but the white with green flames looked awesome! Looking forward to a great 2011 season! GO #88!! 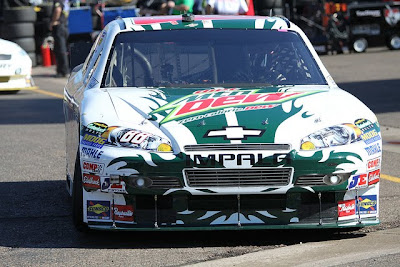 Email ThisBlogThis!Share to TwitterShare to FacebookShare to Pinterest
Labels: NASCAR